I think I have been taking photos since I was about 6 or 7.

My Dad was an avid photographer as was his Grandfather, Harry Ord Thompson, who was a famous photographer in Northumberland, UK. My son David is also a photographer so I guess it must be in the blood. David owns DFPAD and took the photo of me on this page. My other sons also have had input into this website. My eldest son Tim owns Website Design and Formation and made this website and my youngest son Sam is a Student Nurse, bodybuilder and model and features in the model section of this website.

Here is one of the photos my Great Grandfather, Harry Ord Thompson, took of my Grandmother, Mabel. I remember taking that first photo with my Dads special camera. It was a photo of my Mum and Dad at Malmsbury Reservoir. I often used to go out on photography shoots with my Dad. It was all film of course back in those days so processing was not cheap. I only really got into serious photography in 2014. I came to the realization that I wanted my job to be something I loved doing. It was also about that time that a photographer friend showed me a picture of the Port Fairy Lighthouse under the stars. I was instantly hooked. I had to do that!

After much research and very much trial and error I finally was able to produce the results that I wanted in such a way that they could also be printed.

I now offer training sessions in night photography and just love it when someone takes their first shot of the stars and goes "Wow!"

It was through my interest in star photography that I learnt about Aurora Australis. Why had I never heard about it before? It is just truly amazing! Those colours in the night sky!

I am often out taking photos of the night sky. I would much rather be out watching the stars rather than watching the TV.

My husband, Ian, often comes out with me and together we shoot photos of the stars, aurora or just lay on our back and look at the stars and satellites. We have all been out hunting auroras now for years.

My Aurora Australis hunting led me to a desire to see Aurora Borealis. So Ian and I planned a trip to Scandinavia in 2015 to capture the "northern lights".

My Dad was then 95. I told him I was going to take a picture of the northern lights for him. He replied "Don't just take one!" Unfortunately my Dad never got to see my photos of the northern lights as he passed away before we went on our trip. We did see the most amazing displays of the aurora and who knows...maybe he had a hand in that. I like to think he got to see it too. And I didn't take just one photo. I took hundreds. I dedicate them all to him. 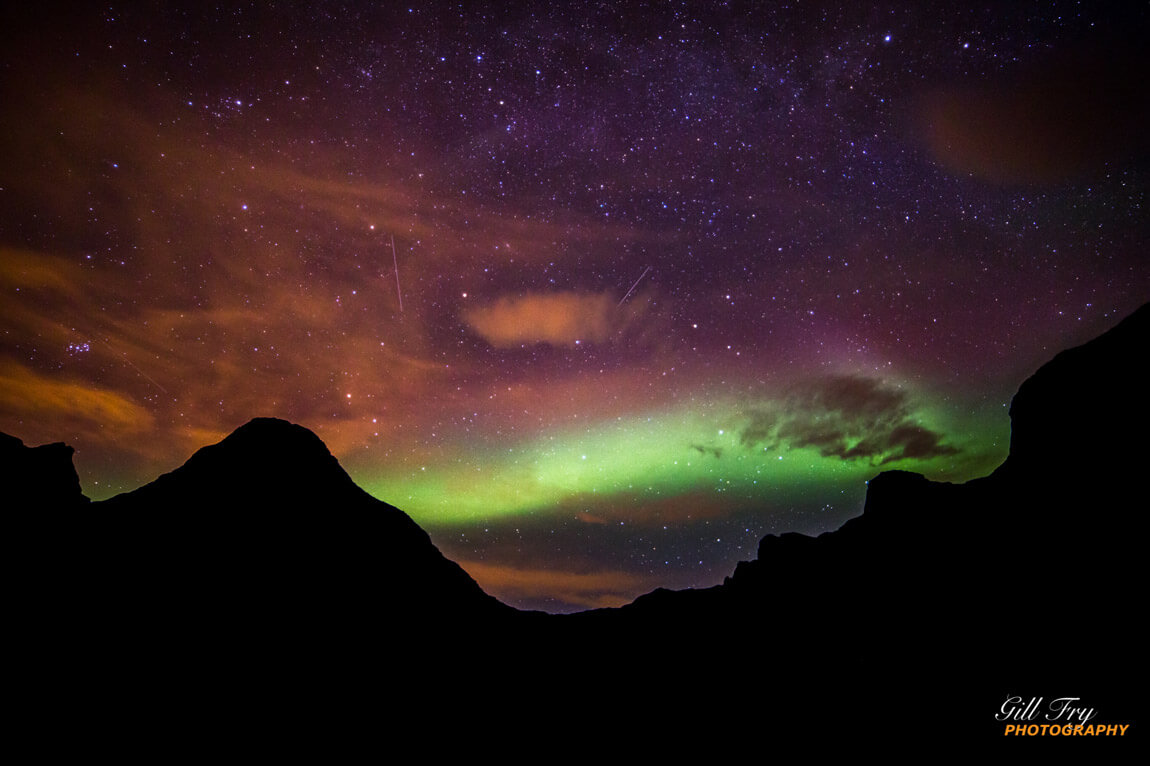 NASA Photo of the Day

“On New Years Eve, the Aurora Australis was producing her own natural fireworks. I stopped on the way home from a New Years Eve party to photograph it. I was stoked that it was chosen to be the NASA pic of the day”. This photo is a limited edition and is for sale.

Other features and awards include;

Exhibition - October 2017 Off the Rails, Dunkeld.

Featured by The Top of the Best Photographers - twice